Born in Hong Kong, Tang is a theatre director and educator​, having worked in professional theatre for 30 years. He has done more than 60 works, including spoken drama, non-verbal theatre, dance drama and opera. Tang is hailed by the media as "one of the most talented theater directors in Hong Kong". Minimalist aesthetics and physical theatre that Tang advocated have become a brand of contemporary theatre in Hong Kong. In 2021, he was awarded the Award for Outstanding Contribution in Arts by the Hong Kong Arts Development Council to acknowledge his achievement in past decades.

Tang studied laws in Hong Kong in early years; then he studied Theatre Studies in ​the ​Université de la Sorbonne Nouvelle​ in Paris. He was strongly influenced by physical theatre, dance as well as visual arts and​ used to go to India to experience spiritual formation. His multi-cultural background very often blends both traditional and contemporary elements in his works.

Between 2004 and 2011, Tang worked in the Hong Kong Academy for Performing Arts (HKAPA) and got promoted from Lecturer, to Senior Lecturer, Head of Directing and Playwriting and Dean of the School of Drama within 5 years​.​ During this period, he directed, among others, “Phaedra” (2005), “Hamlet” (2006) and “Princess Chang Ping” (2007) and trained lots of new performers for the industry. His works also brought many awards for the institution.

In 2011, Tang left the HKAPA and founded Tang Shu-wing Theatre Studio, which aims to create cross-disciplinary and cross-cultural works, further promoting Hong Kong’s theatre to international stages. “Detention” (2011), a non-verbal comedy, was staged 127 times in 9 cities in Europe and Asia, reaching 25000 people. His dance drama “Thunderstorm” (2012) received 3 major awards in the Hong Kong Dance Awards in 2013, embarking tours in Beijing, Shanghai, Guangzhou, Nanjing, Taipei and Singapore. Afterwards, he presented “Titus Andronicus” and “Macbeth” in Cantonese at the Shakespeare’s Globe in London in 2012 and 2015 respectively. “Macbeth” toured 6 European cities in 2017. In 2019, it was presented in The Guangdong-Hong Kong-Macao Greater Bay Area Culture and Arts Festival, Festival Hong Kong 2019 – A Cultural Extravaganza@Shanghai, a special performance at Wuhan, as well as “Hong Kong Week” in Taipei. “Titus Andronicus 2.0” (2009), a well embodiment of physical theatre and minimalist aesthetics, is still on international tour. He directed the opera “Datong” in the 2015 Hong Kong Arts Festival, which was shown as a highlight in London as part of the 20th Anniversary of HK's handover to China.

Tang has collaborated with Beijing’s Baiguang Theatre Studio and created the Greek tragedy “Antigone” (2016) and the American play “Dead Man’s Cell Phone”(2018). The former toured many cities in China and was invited to be shown in the theatre studio of the National Centre for the Performing Arts in Beijing.

As part of his passion for education, he directed two operas for the Hong Kong Academy for Performing Arts: “Les Contes d'Hoffmann” and Idomeneo in 2018 and 2021 respectively.

In 2021, he directed “Scenes from a Marriage”, “Larger Than Life” and an all-female non-verbal “King Lear” as part of his continuous research on how the body works in different theatrical styles.

He directed “La Bohème” for Opera Hong Kong in January, 2023.

In 2019, Tang Shu-wing Theatre Studio was selected by the Hong Kong Arts Development Council as an Eminent Arts Group, confirming its leading position in the industry. The Studio curated the “Shakespeare in Our Time” and “Hong Kong International Shakespeare Performance Exchange” in October, 2021 and August, 2022 respectively with the Hong Kong Arts Centre, establishing a milestone of presenting Hong Kong’s theatrical works to the world via Shakespeare’s common cultural heritage.

Tang’s publications, “Analysis and Reflections on the Theories of Acting of Meyerhold”, “Titus Andronicus — Approach in Minimalistic Aesthetics & Physical Theatre” and “Detention — Out of Curiosity”, continue to share his creative experience with others through writing.

Tang puts great effort in training the next generation and cares for the public good through arts. He established the "Professional Physical Theatre Youth Training Programme" in 2014, which has trained over 200 students until today. He has served in a number of public bodies such as Leisure and Cultural Services Department, Consultation Panel of the West Kowloon Cultural District Authority and the Hong Kong Arts Development Council (HKADC). He is currently an Artistic Advisor of Hong Kong Dance Company, member of the Arts Programme Committee of Hong Kong Arts Centre and Hong Kong-Taiwan Cultural Co-operation Committee. 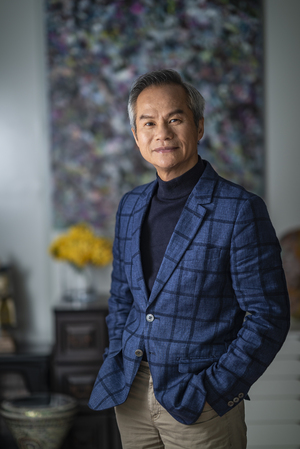 Tang’s major awards include Distinguished Interpretative Performance in the Tashkent International Theatre Festival (1993), Outstanding Alternative Performance in the Hong Kong Drama Awards (1993), Jebsen Fellowship of the Asian Cultural Council (1997), Best Actor in a Leading Role in the Hong Kong Drama Awards (2003), Three times Best Director (2006, 2007 and 2011) in the Hong Kong Drama Awards, Award for Arts Achievement (Drama) by the HKADC (2008), the ‘Arts and Cultural Figure of the Year' of the ‘Shenzhen and Hong Kong Lifestyle Award' presented by The Guangzhou Southern Metropolis Daily (2012), the Outstanding Achievement in Direction for Dance Award of the Hong Kong Dance Awards (2013), the Best Artist of the Year Award (Drama) of the HKADC (2013), Certificate of Commendation by the Secretary of the Home Affairs Bureau (2007), l’Officier de l’Ordre des Arts et des Lettres by the French Ministry of Culture and Communication (2007), ‘The Next Big Things’ by the Magazine ‘Muse’ (2010), the Chief Executive’s Commendation for Community Service Award (2012), Honorary Fellow of Lingnan University of Hong Kong (2013), Honorary Fellow of HKAPA (2017), Excellence Award by the Undercloud Festival of Romania(2018), Hong Kong Arts Centre’s Honorary Fellowship (2019), Medal of Honour by HKSAR (2020). In 2022, he was awarded the Director of the Year in IATC (HK) Critics Awards 2021 with "King Lear" and "Arts & Culture" Award of the Grand Prix France Hong Kong 2022 with "Larger Than Life" respectively. He also received an Honorary Doctorate from the Hong Kong Academy for Performing Arts at the same year. He was even selected as 100 most influential people in Hong Kong by British Debrett’s in 2015.